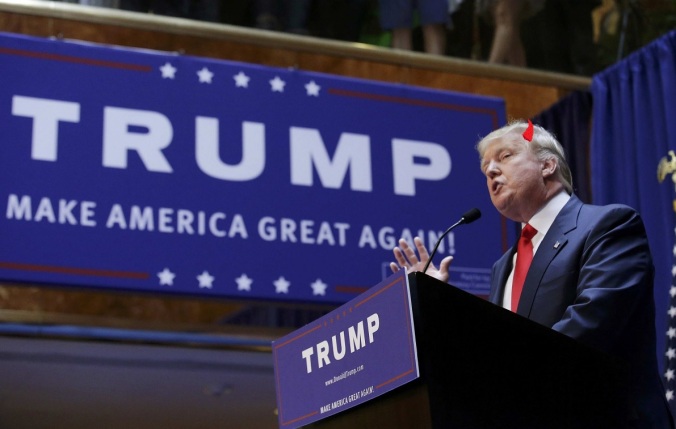 Hear me out on this one! Granted, the orangutan in the Oval Office may be a lying fascist, racist and misogynist, his rise to power has been littered with controversy and he has set the world on a tense knife’s edge, but at least one good outcome seems certain to come from his reign of terror… albeit inadvertently.

While the rest of America, and in many instances the rest of the world, stands divided and facing an uncertain future it seems like the entire music industry has united over a common cause. The fact that not even cover bands wanted to play his inauguration tells me that the clear, overwhelming majority of artists in the world oppose Donald Trump.

The only other instance of such a phenomenon that I can think of is the Vietnam War. If we look at the music of the late sixties and early seventies (considered by many to be the golden age of music) we see that artists of all walks of life, playing every conceivable style, were almost all opposed to the war in Vietnam. Bob Dylan to the Rolling Stones, The Doors to Bruce Springsteen, Pink Floyd to Billy Joel, the list goes on. Everyone from the early pioneers of punk operating in the underground scenes to the biggest chart topping icons of the day, such as Marvin Gaye with his landmark album ‘What’s Going On’. The entire music industry was united against the war and the way it’s veterans were treated, and the same appears to be true regarding the state of the world today.

I’m not saying this was the underlying cause of the big musical revolution of the time, nor am I necessarily suggesting that we’re set to experience some new renaissance, but it’s hard not to see the possible changes just over the horizon. Punks and rappers, two very different scenes both fighting for the same cause, and in the process both finding new audiences eager to listen as their music emerges from the underground. Mainstream pop, far too often looked down on for being shallow and meaningless, may finally find it’s voice again and speak out about the injustices in the world to packed out crowds and fanbases in their millions. Every genre striving for change, and doing their part to make a difference.

While the rest of us are worrying about the future, the entire industry has rallied together and are no doubt already drawing up their battle plans. Music is the voice of our hearts, and with so many voices ringing out together it’s sure to inspire people to stand up against all the hatred of the world and make a change for the better. It gives those already living in fear from Trumps calamitous first week in power a message of hope and solidarity. No matter what comes of the next four years, at least no one can say that the artists of the world took it lying down. If we end up in some post-apocalyptic wasteland rest assured that at least it will have a damn good soundtrack!