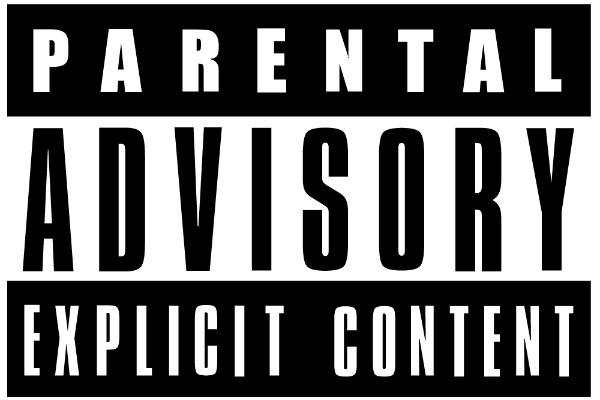 It’s something we’ve all experienced, sometimes going unnoticed and sometimes irritatingly obvious. You’re sat there enjoying a song on the radio only find moments of silence where offending words have been removed or that the song fades out halfway through. To be perfectly honest I find radio edits and music censorship to be an incredibly flawed and outdated ideal.

Let’s start with the inconsistent world of censorship. There often seems to be a lack of logic to the words that get removed. A prime example is ‘Rockstar’ by the ongoing musical punchline that is Nickelback. Radio stations censor asshole but not ass, and censor drugs but not pills. There also doesn’t seem any constant about the way stations handle the word shit in Adele’s ‘Rolling in the Deep’. I’ve heard it sung, removed and jumbled up irrespective of radio station or time of day. Radio isn’t the only offender, the itv broadcast of this year’s Brit Awards censored out the obscenities from Kanye West’s performance… so, basically the whole song, which made it a rather pointless endeavour having him perform in the first place. Many UK universities made news for banning Robin Thicke’s ‘Blurred Lines’ for it’s misogynistic content but there were far more offensive songs that would still be played.

Radio edits are at least more consistent. Any part of a song that could potentially be removed without upsetting the flow of the song will be removed or spoken over by presenters. With newer songs it isn’t as much of an issue as songs are often purposely made to be radio friendly. With older songs however, instrumental sections are sometimes viewed as unimportant and not worthy of broadcast. Shows are aimed with quantity of songs in mind rather than the quality provided by full versions.

This editing of music for radio broadcast, whether for length or content, seems unnecessary in today’s society. It isn’t going to vastly effect a stations profits or protect a child from offensive language. Today’s main source of music is online where the full unedited versions of songs are available at the touch of a button. Censorship and radio edits are outdated concepts that broadcasters still cling to. Either play the full song or don’t bother playing it at all if you feel it is likely to offend a large number of people, it’s that simple.