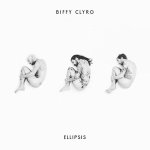 Ever since I first discovered them I have always had a love-hate relationship with Biffy Clyro. It seems that for every endearingly outlandish hit they put out there is a proportionate number of failed experiments, most of which fell flat because of poor lyrics (“My teeth are made of baby hair” and “you think you’re cool like a porcupine” immediately spring to mind). Even amongst hardcore fans there is division between advocates of the early experimental days and the more recent radio friendly material. With their latest album the band have started a whole new musical era which has a chance to unite the divided fanbase, albeit for all the wrong reasons. For the first few tracks all seems well; ‘Wolves of Winter’ and ‘Animal Style’ see the band at their most aggressive in years with the former featuring some of their best drumming and guitar work, whilst ‘Friends and Enemies’ stands out as a potential hit single. Most of the rest of the album ends up being dishearteningly forgettable.

For whatever reason it just doesn’t seem like the Biffy I know, it somehow lacks the character that made them unique. Even the album artwork seems dull compared to previous releases. ‘Medicine’ is probably one of the standout tracks, but even this doesn’t stand up to scrutiny when compared to some of the band’s other acoustic gems such as ‘God & Satan’ and ‘Machines’. Their previous album Opposites featured some of the band’s best work although it was sadly swamped under the weight of filler due to it being a double album. I had hoped Ellipsis would give me cause to cheer “Mon the Biff!” once more but sadly it was not to be. Lacking both the power to satisfy either warring party of fans and the power to entice in new listeners it’s difficult to see where the band are headed from here.