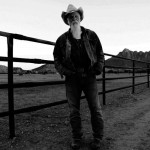 Lovable blues troubadour Seasick Steve has been called into question just lately due to an unauthorised biography claiming that his life was nowhere near as rough as he made out and the bluesman we know is simply an invented character. The truth likely lies somewhere in the middle ground, but in amongst all this the man himself has dropped his latest album on the anniversary of his Jools Holland performance that propelled him into stardom. By now we all know what to expect from a Seasick Steve album; rough and ready blues, tales of a misspent life on the road, played on absurdly makeshift instruments. Naturally this is all part of his charm but there are moments where the whole affair feels tired.

Keepin’ The Horse is a curious addition to his discography for various reasons. It’s his first double album, a notoriously risky move in music, and it comes just a year after his previous album Sonic Soul Surfer. The majority of the songs are acoustic ballads including the notable addition of a country bluegrass jam (‘Grass is Greener’), a cover (‘Everybody’s Talkin’ At Me’), a duet in the form of album closer ‘I’m So Lonesome’ and a reworking of his classic track ‘Walkin’ Man’ that is no different from the original. Whilst there are some notable moments that will one day find themselves on his greatest hits there is nowhere near enough quality content here to justify a double album. The album is more suited to hardcore fans and pales in comparison to his earlier work.