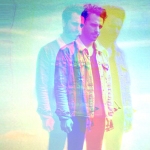 There’s an element of “nature vs nurture” when it comes to our music tastes. Most of what we listen to can be traced back to our upbringing, the songs that soundtrack important moments of our lives, but I’m adamant there are certain styles that our brains are naturally hardwired to enjoy. With its modern take on a 70s psychedelic pop sound, the debut solo record from Joel Stein of Howling Bells is inescapably likeable. The title track reminds me of Hunky Dory era Bowie, while the cheery vocal melodies of ‘Hypnotised’ has hints of ELO. ‘Summer Rain’ explores a blues stomp sound with a sparse yet sinister solo, while the understated cinematic feel of ‘Future Love’ is bound to make it a staple of playlists, both introspective and carefree, the world over.

My only real issue with Strangely Addicted is that it is too top heavy. Most of the album’s experimental and dark moments, which often carry a similar vibe to some of the deeper cuts from The Beatles’ more psychedelic records, are all found in the latter half of the album. Tracks like the somnolent ‘My Old Friend’ and the eastern tinged ‘Don’t Think Twice’ lack the immediate accessibility of some of the album’s finer moments, a fact which is made all the more noticeable by bunching them together. Granted, nothing that a little re-jig of the tracklisting wouldn’t fix. It’s not an album built around big “wow” moments, but it’s still one that you’d be mad to dislike. The warm and trippy worlds of sound that it explores just instinctively feel like home somewhere deep down, and Strangely Addicted provides a firm starting point for future Glassmaps albums.