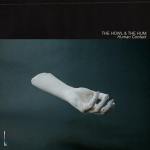 Back in the day a band’s debut album was their introduction to the world. While a debut album is obviously still an important milestone, it now feels more like a culmination than the bold first step that it used to. These days we are often already well acquainted with a band’s work from prior singles and EPs before an album is even on the horizon. With this shift comes a very modern conundrum around deciding on the debut’s final track listing: do you gather together and repackage the songs that fans already know and love, or do you leave them in the past and put out a collection of new songs?

I was a little worried by the fact that Belwood favourites The Howl & The Hum were clearly leaning more towards the latter. We’ve been shouting their praises as one of the most exciting new bands around for a while now, with them winning a few awards from us and making it into our top songs of the decade along the way. But I’ve been down this road before. Many a time have I fallen for an artist’s music only for the debut to be overly polished, stripped of character, and not at all representative of their brilliance. I’m delighted to say however that history has not repeated itself, and Human Contact has more than a few moments showing the band at their best.

One of the most enamouring aspects of their music has always been their outside-the-box approach to songwriting. Their ability to focus in on both the mundane and the bizarre as a source of inspiration. Not only crafting an oddly fitting metaphor for some deeper meaning, but also adorning it with infectious melodies and anthemic choruses to boot. There’s plenty of that signature style to revel in here. It’s on the break-up bop ‘Hostages’ as they sing about exchanging left behind possessions before closing a chapter and parting as strangers. It’s in how ‘The Only Boy Racer Left On The Island’s cautionary tale of a solitary speed demon tackles both toxic masculinity and nostalgia for a misspent youth. It’s in how ‘A Hotel Song’ can create a frank and empowering track about men’s mental health, reminiscent of Sam Fender’s ‘Dead Boys’, from just the image of a stark soulless room with a Bible in the bedside drawer.

There are a handful of filler tracks that lack the same depth and charisma that shines throughout the rest of the record. The more electronic offerings like ‘Love You Like A Gun’ and ‘Got You On My Side’, and the subdued synthpop of ‘Smoke’, are perfectly serviceable tracks but somehow the magic just isn’t there. While having some filler is a bit of a shame, it’s in no way a deal breaker, as there’s some real brilliance at work to counteract it. Not least of which the fact that the band have finally shared a studio version of fan favourite ‘Sweet Fading Silver’. In many ways this bittersweet ballad isn’t just the centrepiece of the album, but the perfect summation of what makes The Howl & The Hum one of my favourite discoveries since starting this blog. It is thought-provoking and builds in a way to make your heart soar. It has lines full of wry wit to make you smirk and lines drenched in meaning that just hit you like a freight train. Above all through all the ups and downs, all the fun quirks and heartfelt insecurities, it just feels so incredibly… human.