To say that this year’s festival season has been a bit of a shambles would be a massive understatement. That’s like saying the Sahara Desert is “a bit warm”. Between Y Not being totally unprepared for rain (i.e. a normal British summer) to Hope and Glory being several thousand over capacity, it’s been one hell of a year for shamefully poor organisation… and the less said about the horror show that is Fyre Festival the better. All of them cut corners when it came to security and facilities, all of them showed utter disregard for their patron’s safety, enjoyment and well-being. Anyone who has been to a half decent festival will know that all these problems are easily avoided. END_OF_DOCUMENT_TOKEN_TO_BE_REPLACED 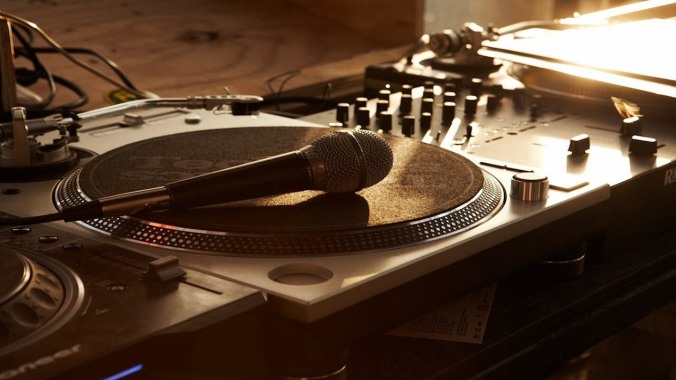 It’s no secret that when you look at the credits and personnel on certain albums, with hip hop, manufactured pop and modern R&B being the most notable culprits, you will see a long list of writers and producers. Albums from such artists as Beyoncé and Kanye West which have made big waves in the industry this past year seem to practically have an entire office block worth of people credited with making the music that made them famous. I imagine few of these people have made conscious contributions, many of them simply have had their work sampled. END_OF_DOCUMENT_TOKEN_TO_BE_REPLACED

Let’s be honest with ourselves, for as long as the charts have existed they have had to be taken with a pinch of salt. “Chart topping” music and good music rarely coincide, and any institution that gives Mr Blobby a number 1 single can’t be said to represent the best music in the country. Even so chart placings remain a source of pride for up and coming artists who rightly celebrate them as a milestone. However with the new rules in place to allow streaming figures to contribute to chart positions it could end up being the final nail in the coffin for this longstanding music institution. END_OF_DOCUMENT_TOKEN_TO_BE_REPLACED 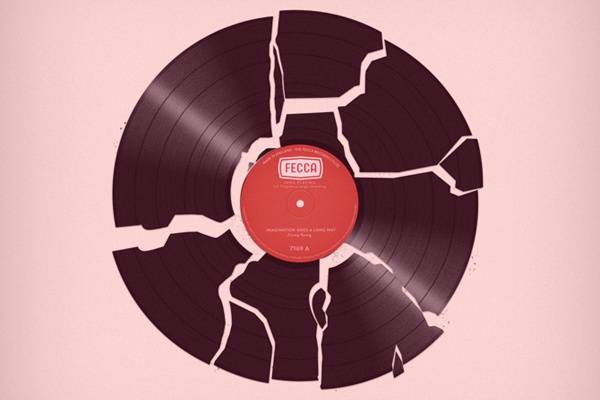 Modern music media is quick to write off albums as a thing of the past, pointing at dwindling sales figures as a sign that the end is nigh. Industry moguls can often be found lamenting over the apparently fickle nature of modern consumers and the fact that people these days simply can’t be bothered to sit through an entire album. To paraphrase Mark Twain: the reports of their death have been greatly exaggerated, and I for one am fed up of this bleak and out of touch outlook. The truth is albums have more power now than they have done in a long time, you just need to know where to look. END_OF_DOCUMENT_TOKEN_TO_BE_REPLACED

There is a new blight on the music industry that is working to besmirch the name of hardworking artists. There is a growing number of groundless copyright cases in recent years that have done their best to steal millions based off of simple musical coincidences. Cases have been raised against the likes of Sam Smith, Led Zeppelin and Ed Sheeran of so called copyright infringement based on very little evidence. There have been songs all throughout history that have had similarities, coincidence or otherwise: ZZ Top’s ‘La Grange’ riff is just a sped up ‘Spirit in the Sky’, Vanilla Ice stole the bass line for ‘Ice Ice Baby’ from Queen’s ‘Under Pressure’, The Phantom of the Opera theme was stolen from an excerpt of Pink Floyd’s ‘Echoes’ and almost all blues songs can trace their origins to Robert Johnson. Usually such similarities went unnoticed, but these days people are eager to exploit the slightest few notes in common. It’s a trend that needs to die out sooner rather than later, and to do so all you have to do is follow these three steps: END_OF_DOCUMENT_TOKEN_TO_BE_REPLACED 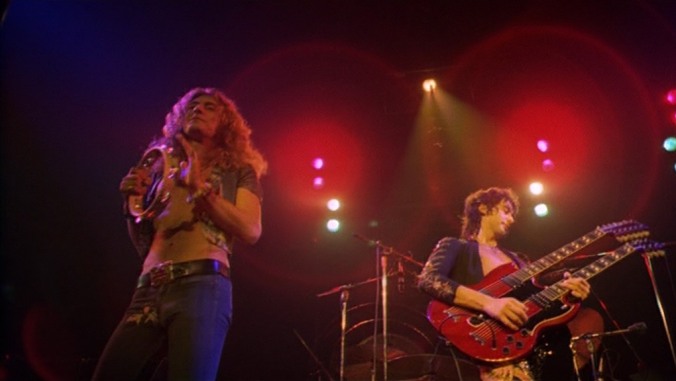 Back making headlines the claim that Led Zeppelin’s magnum opus ‘Stairway To Heaven’ was stolen from the track ‘Taurus’ by Spirit, has been taken to court. A trial is scheduled for 10th May for supposed copyright infringement. The whole debacle is an absolute farce; the family of the deceased Spirit guitarist Randy California have decided to sue over 40 years since the song’s release, despite the fact that Randy himself never sought legal action. The two songs have nothing in common besides a very basic chord progression at the very beginning, something that occurs in innumerable songs. Any court with any sense should realise that the claim is a load of rubbish.

The Brit Awards, or any awards ceremony for that matter, rarely stray too far from controversy. Following in the footsteps of the Oscars the Brits have been accused of being “blind to black British talent”, as well as being too safe and commercialised. A number of celebrities have criticised the lack of prominent Grime artists such as Skepta and Stormzy and have even gone so far as boycotting the ceremony. How big is the issue here and how much do the Brits need to change? END_OF_DOCUMENT_TOKEN_TO_BE_REPLACED

These days more than ever music is all about business. Less about the art and more about the money, which has sadly gotten far worse since the advent of streaming services. A world where all music is readily available to everyone at the touch of a button is a music mogul’s worst nightmare. As such the industry has been coming up with more and more nefarious ways to squeeze some extra pennies out of us, the latest of which involves making albums only available to an exclusive group. END_OF_DOCUMENT_TOKEN_TO_BE_REPLACED 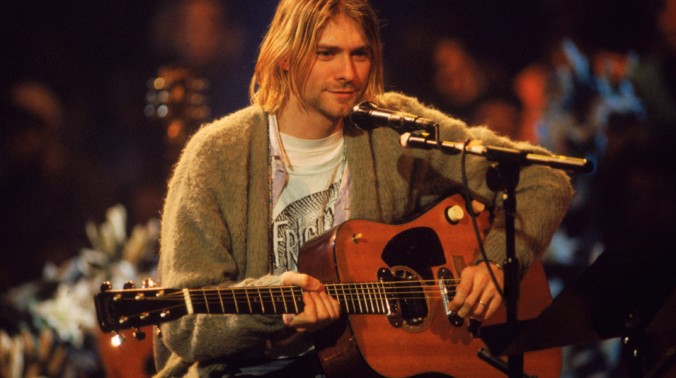 Following the recent death of David Bowie his music dominated the charts and Blackstar became his first ever number one album in the US. As bleak as the mourning period may be, death can be rather profitable. Michael Jackson for instance was in debt before his death, and a few months afterwards his estate had made millions. Record labels often use this fervour to produce albums long after an artist has passed away. The question is whether they should, or whether they should just let people rest in peace? END_OF_DOCUMENT_TOKEN_TO_BE_REPLACED

The news of Neil Peart's passing has hit me like a brick wall. Rush are my all time favourite band and their music is a big part of who I am. I remember hearing '2112' in it's entirety for the first time and having my eyes opened by the revelation of just how epic music could be. I remember seeing the band live on their final visit to the UK. I was close enough to feel the heat of the pyrotechnics. It was my first gig and still remains one of the very best. I've known countless long nights where I could barely hold it together and the greatest solace and comfort I could find to make sure I saw the morning were Neil's lyrics on 'The Pass'. RIP Neil, you'll be sorely missed. #Rush #neilpeart
Best albums of the decade! I realise no one else cares about this list anywhere near as much as I do, but I'm proud of it all the same. It was hard work, harder than expected, but it was a joy to revisit some albums I've not properly listened to in a long time. Like catching up with an old friend! Will hopefully follow up with a song list fairly soon, but for now it's time for a well earned rest! #music #album #blog #bestofthedecade #2010s #article
As well as being the last day of the decade, today also happens to be Belwood's 5th birthday. There's a lot to be proud of and thankful for as we look back over the past few years. From humble beginnings in a cold uni flat, to sharing thousands of songs with tens of thousands of people is just staggering. We've had the chance to interview some of our favourite acts, and discovered new artists that we've fallen head over heels for and have had the pleasure of sharing with the world. We've put on two incredible gigs, filmed fun live sessions, been in the photo pit at the main stage of a festival, and met some incredible people along the way. There's not enough room to thank everyone, but special shout out to Dom from @soundspheremag , @lostinthemanor_chris and everyone at @cafe_indie for their help and support. All the love in the world to all the patient and hardworking PR people, the inspiring and talented artists making such brilliant music, and everyone who's checked out and supported the site. Here's to many more years to come 🥂 #newyearseve #thankful #fifthbirthday #music #blog #happynewyear #musicphotography #concertphotography
Last gig of the year - of the decade in fact - with @patawawa @kashmereband and @fidelityfreakband at @wetrecords Christmas party. Fingers crossed 2020 has many great nights just like it in store. #cafeindie #cafeindiependent #scunthorpe #livemusic #musicphotography #indie #christmas
Incredible night seeing @thenational in Leeds last night. Review on the way soon, so keep an eye out on the blog! #thenational #leeds #firstdirectarena #iameasytofind #yorkshire #livemusic #musicphotography
Not the best photos, but definitely the best of nights ♥️ thank you to all the wonderful people that came to Belwood's 5th birthday party at the weekend - to the artists that played such gorgeous sets and the crowd of lovely people who listened so attentively on the night and have shown their support all the way. Much love to you all 🙏 💕 #livemusic #gigphotography #cafeindie #scunthorpe #acoustic