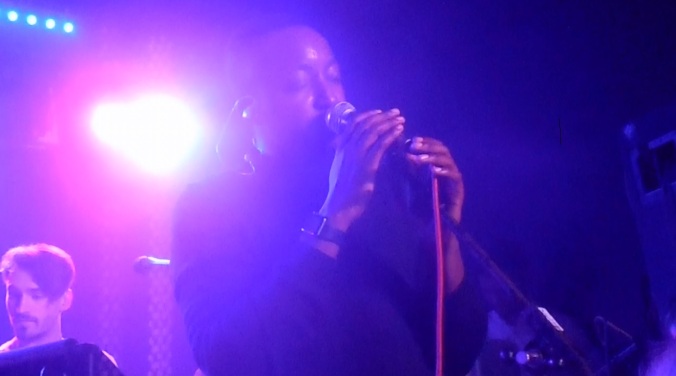 It feels like far too long since I’ve been to a concert, so it felt important that my first live music of the year should be something special. Having emerged out of anonymity, London based singer Rationale has already had his hit single ‘Something For Nothing’ playlisted on Radio 1 and has delivered the most acclaimed set at this year’s Future Festival at the legendary Maida Vale studios. It’s artists like him that are the ones making waves in British music, so I joined him in Nottingham to witness the latest step of his meteoric rise. END_OF_DOCUMENT_TOKEN_TO_BE_REPLACED

(noise warning for the videos!) Such a fabulous night seeing @thekillers play Doncaster. Always feels special when a big band comes to this quiet corner of the country, and this was no exception. Such a fantastic atmosphere. Probably one of the best gigs I've been to yet, and almost certainly the biggest in terms of staging and spectacle. Full review up on the blog now! 🎉 #thekillers #doncaster #livemusic #implodingthemirage
Best damn frontman going! Gang of Youths were on fire last night 🔥 #livemusicisback #gangofyouths #angelof8thavenue #leeds
Posted something a bit different on the blog recently. Something a bit more personal that took me the better part of a year to pluck up the courage to write.
@hilangchild at Rescue Rooms Nottingham. One of the best opening acts I've seen in a while! #livemusic #hilangchild #rescuerooms #nottingham #musicphotography #gigphotography
Finally caught Belwood favourites @lanternsonthelake live in Nottingham. Review on the site now #lanternsonthelake #rescuerooms #livemusic #musicphotography #gigphotography #nottingham
Just another day at the office... #courteeners #indie #livemusic
Loading Comments...