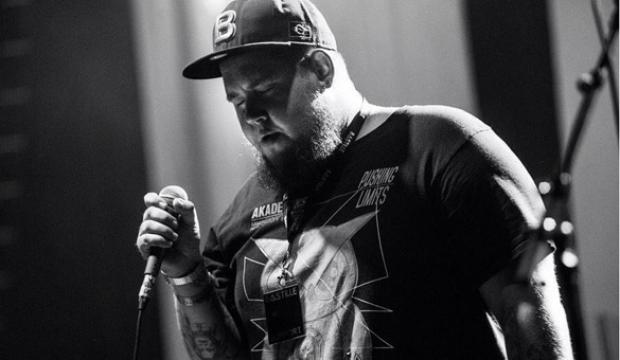 Though at first glance he might not look like it, Brighton based bluesman Rory Graham, better known as Rag’N’Bone Man, is a force to be reckoned with. He has one of the most powerful and distinctive voices around, and can equally excel with deep gritty delta blues and tender soulful ballads. With such unparalleled vocals at his disposal, he’s well equipped to dabble with any genre that takes his fancy. He has a fling with hard rock on ‘Hard Came The Rain’ and plays around with his earlier hip hop influences on tracks such as ‘Wolves’. Personally I think his talent captured best in the massive singles ‘Bitter End’ and ‘Lay My Body Down’; he truly has the kind of voice that only comes around once in a generation.

With such a varied repertoire he’s sure to tick boxes for many people, and following his appearance at Glastonbury last year he’s set to emerge from the underground and take the world by storm.

In the modern world of social media, anonymity has become a surprisingly powerful tool. London based musician and producer Rationale has used his air of mystery to full effect to make sure it was his music that gave people their first impression of him. He has since emerged from the shadows and appeared in the powerful music video for the title track of his stunning debut EP ‘Fuel to the Fire’. The intermingling electronica, R&B and psychedelics are kept grounded by the profoundly meaningful lyrics and Rationale’s arresting vocals. The self produced release is simply immaculate, even down to the gorgeous artwork. Rationale has started things the right way to spark people’s interest, and with the release of his latest single ‘Something for Nothing’ he’s ready to set the world alight.

Fans of Jack Garratt, The Weeknd and Alabama Shakes may have just found a new favourite artist

West London singer/songwriter Oliver Coates is off to a stunning start with his debut EP. Inspired by the best that Britpop has to offer and raised on the lyrical commentaries of Morrissey and Bob Dylan, Coates has created a wry observation of the darker side of life in modern Britain and blended it with bright Indie melodies and infectious choruses. He’s created his own unique sound, like the dry wit of Jarvis Cocker set to a warm acoustic backdrop, that grows on you with each listen. His upbeat yet gritty satirical songwriting is a must for fans of Jamie T, Frank Turner and Jake Bugg.

Coates‘ debut EP ‘Vol.1’ is released on the 25th September and is well worth a listen.