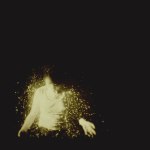 Wolf Alice – My Love Is Cool

After keeping their fans waiting on the edge of their seat for several years, Wolf Alice have finally released their first full album. They haven’t just been sat around all that time though, they’ve been working hard to make this killer debut. The album lures you in with it’s softer side. A somber haze pierced by the blazing light of Ellie Rowsell’s vocals. The band are greater than the sum of their parts and create a shimmering soundscape that adds depth to the songs. Then you have those moments like ‘Giant Peach’ and ‘You’re A Germ’ which break through the indie mists and release the band’s inner wolf. On the latter Ellie’s vocals turn on a sixpence and go from mellow and moody to banshee wails and maniacal laughter.

Special mention also needs to be given to ‘Swallowtail’ which features drummer Joel Amey on lead vocals. It drifts along dreamily and all but fades out before and intense, but just as beautiful, breakdown crashes through the final seconds. This is where Wolf Alice excel; light and shade. They are equally skilled with both the gentle indie and the furious grunge, both feel equally at home in this album and even within the same song. The only real falling point is ‘Silk’ which for me never really gets off the ground the same way the other gentle tracks do. I think the album would have been improved by replacing it with a track from one of their previous EPs, possibly the somewhat heavier ‘Moaning Lisa Smile’. As good as this debut is it constantly brings to mind the band’s potential for their next album. The heavy songs have the chance to become even more wild, the gentle songs even more mesmerising and they have the talent to make some massive radio hits. Watch this space…