It’s been a bumpy ride but the world’s biggest and most important music festival has concluded for another year. Thankfully for those of us who live too far away, those who can’t afford a ticket and those who don’t fancy trying to scale the Great Wall of Glasto; the BBC have provided tireless coverage across the major stages. The next best thing to seeing the greatest show on earth in person is to watch it warm and dry at home with a cup of tea. Here are my highlights of the festival coverage from across the weekend: 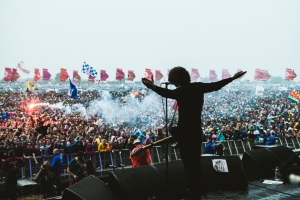 Van McCann of Catfish and the Bottlemen

Friday saw a great early set on the Other Stage from Catfish and the Bottlemen. The up-and-coming indie band overcame heavy rain and a bad case of food poisoning to deliver a stellar performance. Frontman Van McCann even promised a member of the audience that he’d listen to the demo CD that had been thrown onstage. Wolf Alice stormed the Park Stage and proved to be the breakout act of the weekend. Ellie Rowsell, as well as carrying on singing as her microphone slowly sank to the floor, also did a spot of crowdsurfing at the end of the set. 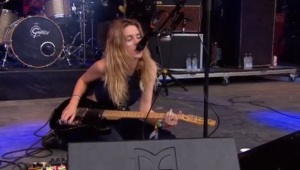 Up on the Pyramid Stage The Libertines had been drafted in for a secret slot as replacements for Florence + the Machine. Florence sang a cover of Foo Fighters’ ‘Times Like These’ for Dave Grohl whose broken leg had brought her in as a replacement headliner. She played a mesmerising show that more than proved she deserved the honour of the top slot. 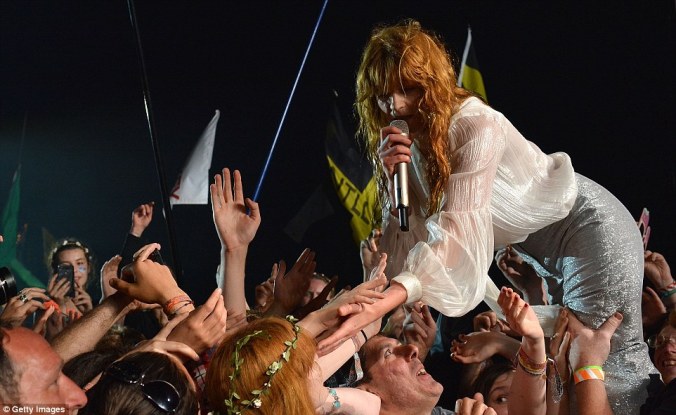 Saturday afternoon saw a bitter rivalry breakout on the John Peel Stage between Sleaford Mods and Slaves. Despite an energetic set from Slaves, Sleaford Mods accused them of being rip-offs and likened them to Take That. Father John Misty provided a witty and peerless performance at the Park Stage, blending folk and psychedelica in true Glastonbury spirit. Young singer-songwriter George Ezra and electronica band Years & Years each drew big crowds at the Pyramid and John Peel stages respectively. Controversial headliner Kanye West did nothing to silence critics or to win over new fans. By far the best part of his set was undoubtedly the ironic stage invader giver him a taste of his own medicine. Credit to the stage designer though for the impressive light set-up.

The action came thick and fast on the Pyramid Stage on the final day of the festival. Despite a couple of bum notes, Hozier played a great early set which included a blues infused cover of Ariana Grande. Patti Smith’s performance was interrupted by an appearance by the Dalai Lama who gave a speech and the crowd sang to wish him a happy 80th birthday. Lionel Richie, filling in the traditional Sunday Legends slot, played to the biggest crowd of the whole festival at around 140 000 people. The Motown legend was stunned by the amount of love and support he received from the audience. The festival closed with a double dose of Mod legends in the form of Paul Weller and The Who. As a final swansong of their 50th anniversary tour they played hit after hit in a set that exceeded expectations. 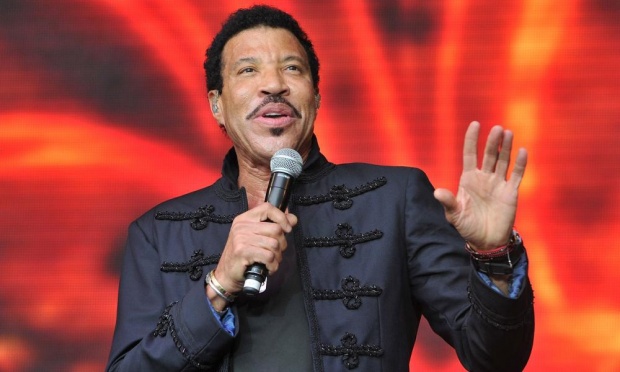 Rumours are already spreading about next year’s headliners (I’m going to go out on a limb and say Radiohead), and the big clean up operation of Worthy Farm has no doubt begun. It won’t be long now until the next festival sells out!