This year’s Glastonbury seemed doomed to fail. With traffic chaos, some of the worst mud in the festival’s history and even BBC coverage being affected by the EU referendum broadcasts it would have been an easy bet to back it being an utter shambles. Instead the world’s greatest festival managed to pull it off and maintain high spirits on the farm and accomplish record breaking viewing figures. Here’s a brief roundup of the best of what BBC iPlayer’s “Glastontelly” has to offer.

The Friday was rather slow to get started, whether that was to do with the line-up or with the political upheaval bringing people down remains to be seen. The John Peel Stage saw a blistering set from multi-instrumental maestro Jack Garratt as well some mystifying and ethereal ambient music from Icelandic band Sigur Ros. The Other Stage saw an electrifying performance from French synthpop outfit Christine and the Queens as well as some foot stomping folk from The Lumineers. Pop sensation Jess Glynne made an appearance on the Pyramid Stage shortly followed by the bearded goodness of ZZ Top, using their first appearance to get the crowd rocking.

Foals gave one of the best sets of the festival with songs like ‘My Number’ and ‘Spanish Sahara’ making many people wonder just how long it will be until they top the bill themselves. Muse brought the first night to a close in suitably cinematic style. I was a little disappointed with their performance as their setlist was very heavy on material from their latest album Drones which was a big let down, and it’s dystopian themes were a bit ill timed considering recent events. Having heard about their recent stage theatrics I was expecting them to pull off something unique, but there is no denying even on a bad day they are one of the top live bands in the world.

By all accounts John Grant stole the show on Saturday with a breakout performance on the John Peel Stage. He braved through the flu and the crowd fell for his artful and quirky music. Scottish synthpop trio Chvrches gave a great set on the Other Stage but the Pyramid Stage was the place to be. Belwood award winners Wolf Alice made their debut performance on the festival’s main stage (so proud!) shortly followed by a hit packed set from national treasures Madness. The Last Shadow Puppets gave a predictably over the top set that featured a confident cover of David Bowie’s ‘Moonage Daydream’. Headliner Adele was this year’s defining performance. I, like many others, had doubts as to whether her music would work in a festival setting but she proved all her doubters wrong. It was a performance of two halves, a sharp contrast between her slick and spellbinding balladry and her hilarious and down to Earth audience interactions. It was with this performance that she proved that she is one of the most important artists of the 21st century. 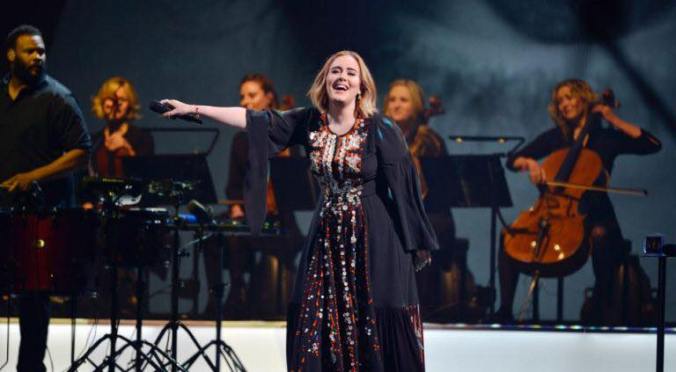 I would argue that Sunday had the most to offer. There was soul aplenty on the West Holts stage from rising star Michael Kiwanuka, blues man Gary Clark Jr. and disco legends Earth, Wind & Fire. The Other Stage saw the second performance of the weekend by Belwood favourites Catfish & the Bottlemen and a controversial set from PJ Harvey. Nathaniel Rateliff & the Night Sweats brought some infectious rhythm and blues to the Park Stage, which was later headlined by crazy Canadian art pop icon Grimes who provided one of the festival’s most arresting spectacles.

Jeff Lynne’s ELO took the highly coveted Sunday legends slot, but sadly even ‘Mr Blue Sky’ failed to keep the rain away. Coldplay provided a surprisingly vibrant ending to the weekend’s festivities, with their trademark light-up wristbands making the entire crowd a stunning and integral part of the show. The band played a touching tribute to Viola Beach who sadly all passed away earlier this year as well as performing with surprise guest Barry Gibb of the Bee Gees. Festival founder Michael Eavis then closed the show himself alongside the band with a rendition of Frank Sinatra’s ‘My Way’. 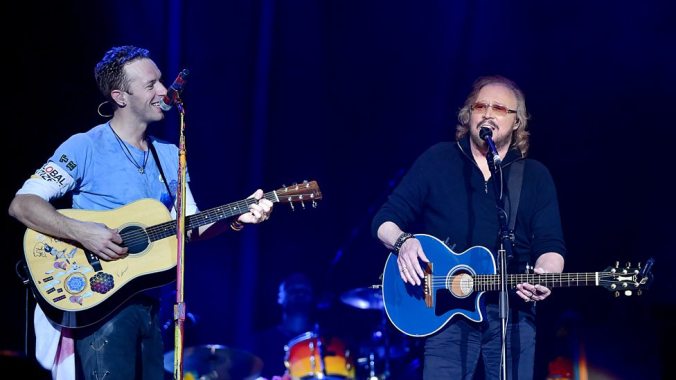