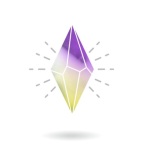 It’s a well documented fact that funk and pop make excellent bedfellows, but this winning combination isn’t taken advantage of nearly as often as it should be. Hailing from Providence, Rhode Island, Royal Street have taken up the funk pop mantle and, to all intents and purposes, have done a damn good job of it. Tracks like ‘Cranston Crank’, ‘The Chase’ and ‘The Good Things’ boast great chunky bass tones and hints of Nile Rodgers-esque guitar, alongside polished pop production and radio friendly hooks. The funk influences can be a little bit more subtle elsewhere on the record , but there are plenty of more conventional indie pop hits to flesh out the album and keep it from being a one-trick pony.

The only real mis-step on Flavors is the guest vocals on ‘Prove It’. Fredua Boakye’s voice sounds somewhat out-of-place in the track, better suited to straight R&B rather than something more pop infused. This issue is in a way a reflection of the album as a whole, which leans too much towards the pop end of the spectrum. I’d like to hear them explore the funk and soul elements to greater extent as that is the real selling point of their sound. A few big accessible pop hits are nothing to be sniffed at, but I’d rather see them counterpointed by a few more experimental and ambitious tracks, something for the band to really push themselves. There’s room for them to grow, but Flavors is a good first foray for the band. Royal Street have hit upon a niche with a lot of potential, and if they capitalise on their successes then a mainstream audience might well be within their grasp.