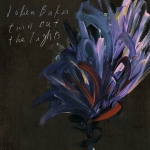 Julien Baker – Turn Out The Lights

Besides Belwood favourite Keaton Henson, I can’t think of any other artist that captures such a profound sense of catharsis in their music as Julien Baker. The contrast of the overwhelming emotional intensity of her delivery; practically tearing out pieces of her soul to offer you with each track; against such a serene backdrop of piano and guitar is simply breathtaking. They say that the saddest music is the most beautiful, and Turn Out The Lights just tears you up inside, leaving you fragile and empty. It is devastating in the best possible sense, and is one of the most powerful records of recent years. Despite dealing with some deeply personal issues, discussing her own experiences with depression and addiction, the album is honest and unwavering in its portrayal of her struggles.

Julien has come on in leaps and bounds as a singer/songwriter. Not only has she ironed out the few little vocal wobbles that marred Sprained Ankle, but her lyricism is now in a whole other league. Whether you look at the anxious optimism of ‘Appointments’ (“Maybe it’s all gonna turn out all right, And I know that it’s not, but I have to believe that it is“) or the plaintive refrain of ‘Sour Breath’ (“The harder I swim, the faster I sink“), the album is full of lines that stop you dead in your tracks. She can really turn a phrase on this record, leaving you wanting every other line tattooed across your body, or scrawled on every scrap of paper in the house… the line “And I know what’s in my cannibal chest, That’s been dug out like a strip mine till there’s nothing left” from ‘Televangelist’ will stay with me for a while. It’s an album that just connects deep down with everyone, and I urge you to open your heart to it.