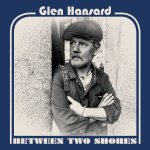 Every self-respecting music fan has a bucket list of artists that they want to see live, and Glen is securely at the top of mine. With every performance of his that I’ve seen online, he gives his all in every song like each one may be his last. So passionate are his performances that certain songs just seem like some musical supernova. A lot of this magic is sadly lost on his studio albums, but that’s not to say that they don’t have plenty of magic moments to offer. Here on his third solo record for instance, the tender ‘Wreckless Heart’ is enough to make the hardest of hearts weep. Between the soulful flowing choruses and the heartbroken trembling of the verses, it’s one of his most devastating tracks to date.

Sadly as a whole this is his most inconsistent album to date, and such gems get lost somewhat amongst filler. Tracks like ‘Roll On Slow’ and ‘Wheels On Fire’ see Glen stepping out of his comfort zone, incorporating elements of blues rock and R&B, and failing to really hit the mark. A lot of the tracks feel like Glen is on autopilot, a far cry from the man singing with every fibre of his being that I have come to love. Glen’s passion cannot be completely contained however, and on ‘Your Heart’s Not In It’ and ‘Time Will Be The Healer’ the dam breaks and his incredible artistry manifests itself. By anyone else this might have been a top tier record, but the Glen I know and love can do so much more. It’s a charming album, don’t get me wrong, but it’s not his best.