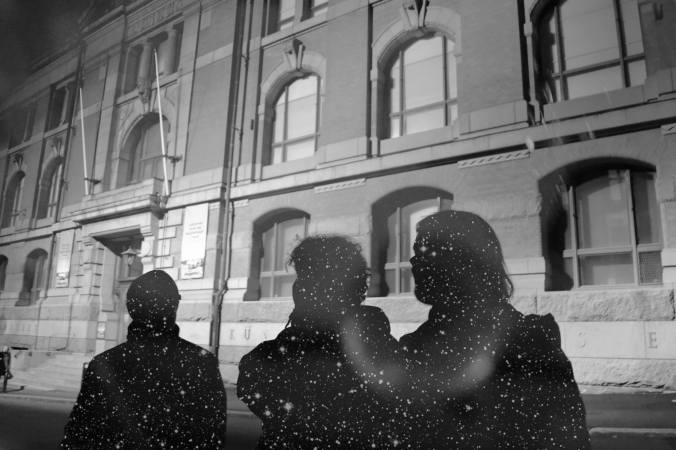 I can’t remember the last time I stumbled across an EP as good as the debut release from this Oslo-based trio… if ever? With Distant Star, Spielbergs have captured more brilliance in just five tracks than many bands could manage across five whole albums. There’s a curious conflict at work here. This is a release that has emerged fully formed, all the insecurities that new bands usually face seem to have been cast aside, as they offer up nothing but the best for that all important first impression. Yet at the same time, you have a sense of where there’s room to grow, of how this stunning first release is just the steadfast foundation for something even greater.

The cheerfully titled ‘We Are All Going To Die’ is utterly relentless with its machine gun percussion, while the effervescent ‘Daisy! It’s the New Me’ bounds around with all the energy of a rabbit on a can of Red Bull. The expansive eight minute ‘Ghost Boy’ showcases the band’s more expressive and experimental side, while the calming closing track ‘Setting Sun’ feels like a more mature and heartfelt new direction. It’s the title track however that stands as the highlight. Capturing that universal desire of youth to break free with its sublime bass lines and spirited riffs, before concluding with retro 80s synths bursting straight out of the soundtrack to a John Hughes film. This feels like the start of something special.