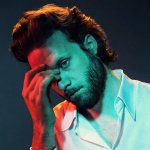 2018 seems to be a year in which great lyricists are destined to falter. First Alex Turner, and now it’s the turn of Father John Misty. While Pure Comedy saw his songwriting at its very best, his latest effort takes a marked step backwards. With the exception of ‘Mr. Tillman’, which details a series of shenanigans while living in a hotel, God’s Favourite Customer lacks much of both the whimsical wit and the scathing satire that made his previous releases so compelling and unique. Lyrically the album feels pretty forgettable and doesn’t really hold any iconic lines like those crammed into every corner of his previous releases. It could be that the album was a tad rushed, coming in just a year after its predecessor, that leaves it missing that “future classic” feel.

Musically though the record, particularly the first half, shows a welcome return to the lush instrumentation of I Love You, Honeybear. The new record offers a more vintage 70s twist best shown on the album’s two finest songs. Opening track ‘Hangout at the Gallows’ boasts a timeless piano sound, an expressive rhythm section and the record’s biggest hooks, while album highlight ‘Please Don’t Die’ has a rich Americana feel that gives the otherwise dark song a warm country twang. Both songs, particularly the latter, show Tillman’s songwriting take a more personal turn and offer an unflinching view into his depression. It’s a bold step and one that really works, giving these tracks a far greater connection and gravitas. It still has some future fan favourites, and it cuts down on the lengthy run time that plagued Pure Comedy, but sadly it’s still his worst record to date. The good news however is that an “average” album for Father John Misty, is still a damn good album by anyone else’s standard.