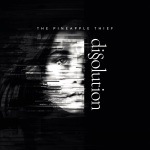 The Pineapple Thief’s discography has been a frustrating ride at times. It seemed with each new record they would excel in one aspect and falter in another. An album would explore a more accessible sound and lack much of the interesting musicianship, or focus on lighter material and have the album lose its edge. All the elements have always been there, but have struggled to come together in a meaningful way, like a chemical reaction just waiting for a catalyst. With Dissolution everything has fallen into place.

It draws on all the finer points of Bruce Soord’s body of work, and throws in a few dashes of Porcupine Tree courtesy of drum wizard Gavin Harrison’s greater involvement than on the previous record, to go on to create the band’s magnum opus. The record’s unifying theme, of how our hyper-connected modern world ends up dividing us rather than bring us together, gives the album drive and purpose and ensures this collection of songs is greater than the sum of its parts.

At the same time however, the strength of individual songs has also improved, striking a perfect balance between accessible and experimental. ‘Threatening War’ is a sublime exercise in light and shade, the 11 minute epic ‘White Mist’ delivers on every level, and closing track ‘Shed a Light’ builds to a soaring crescendo to end the album on a high. My personal highlight however is the lead track ‘Far Below’. Gavin is simply on fire throughout, and it features both the album’s biggest hooks and boldest riffs. The brilliance of this release has caught me off-guard; I mean how many acts release their greatest work nearly 20 years into their career. That is indeed what has happened though. With Dissolution The Pineapple Thief have released one of the finest prog albums of recent years and have undoubtedly moved from the sidelines to the spotlight.