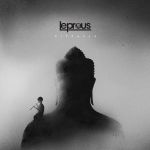 Progressive rock and metal was born of ambition. It was a style intended to encourage artists to push themselves to the best of their ability, to break away from the norms, to push the boundaries of people’s preconceived notions of music. These days however, less so. Instead many bands emulate the genre’s pioneers, or follow trends within the genre itself, so that ‘progressive’ becomes an ironically conservative genre. As a prog fan this can get very frustrating. It’s like becoming an explorer and seeing a fantastical new world, being awestruck by its wonders, and moving on to discover more new worlds to see what they have in store, only to find they’re all basically the same but with a fresh coat of paint.

For a long while Leprous were just another prog band, one that was a bit too heavy for me at that. They had their moments, they have plenty of talent, but they never felt to be offering anything new or unique. Their previous record Malina however was a definite shake-up as the band shifted towards more accessible territory. It was the release that most stood out for me, and while it’s still not exactly a favourite of mine in the grand scheme of things, it was enough to make me sit up and take notice. I hoped the follow up would continue the trend of changing up the band’s established sound and I was not disappointed in that regard. Pitfalls is more than just a step away from the norm, they have catapulted themselves across the horizon into a foreign land.

The new record tears down their sound and reconstructs it from the ground up. Their metal heritage has been all but stripped away and the band have doubled down on the electronic elements introduced in Malina. As someone who normally recoils at electronica for being too cold, clinical and overbearing, here it feels nuanced and breathes new life into the album. An even greater triumph for Pitfalls however is its use of strings. Light and airy, they add so much elegance to the record, as well as a touch of melancholy. The dichotomy between the electronic and orchestral elements, the modern and the traditional, really makes this album stand out from other prog releases I’ve heard in recent years. On tracks like the record’s most pop offering ‘Alleviate’ and on ‘I Lose Hope’, which switches between an infectious, confident strut and swirling Eastern inspired melancholy, the two elements work together in perfect harmony.

While the arrangements are a big tick from me, they aren’t the album’s greatest asset. Not by a long shot. That honour goes to the simply astonishing vocals. Right from the opening track ‘Below’ you get a taste of the full range of their magnificence. From gentle and reverent, to awe-inspiring cries to the heavens, frontman Einar Solberg consistently offers up a vocal performance to rival, and perhaps even surpass, some of the best voices in the genre. The vocals and the music intertwine faultlessly on the album’s highlight ‘Distant Bells’. Beginning as a sombre piano ballad it weaves its way through orchestral elegance and effervescent electronics towards an earth shaking climax. It’s like getting lost in the serenity of a babbling brook only to hear a rumble in the distance and be swept away as the dam breaks.

As much as I want to shower praise on this record, I find that I want to like it more than I actually like it. I appreciate it in the wider scale of the band’s discography and its place within the genre as something unique, bold and refreshing. It is progressive on a macro scale, but when you zoom in on a particular track it often feels stuck in a rut. Barring a couple of exceptions most songs don’t feel particularly dynamic. They get into a groove and seem content to ride that through until the end. There are few change-ups within songs to keep you on your toes, even on the album’s longest effort ‘The Sky Is Red’, which you would expect to be the most “progressive” offering here. There is a great guitar interlude at the centre, but besides that it just chugs along with little variation to keep you entertained.

I admire the band for this record’s inventiveness and ambition, something that is all too often missing in the prog scene, but there’s just something lacking when it comes to the execution. All the elements are clearly here but they somehow stumbled when it came to putting them together in the most engaging way possible. In essence I find that I like the idea of Pitfalls more so than I like Pitfalls itself.