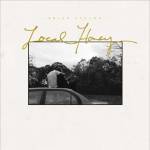 “In this life there will be trouble, But you shall overcome” – probably the most striking opening line to an album I’ve heard in a fair while. At first glance the words aren’t anything special, nothing notably eloquent or erudite, but I still find they strike a chord with me and instantly seize my attention. It’s a sensation not unlike hearing some passing word or phrase that, while meaningless to anyone else, triggers a memory deep in the recesses of your brain and suddenly whisks you away. The lyrics that most often stick with us, the ones we scribbled in our notebooks at school and had tattooed on our skin when we got older, usually aren’t the ones full of flowery language and lofty ideas. Instead it’s usually something raw and real that tugs at your heartstrings in ways you don’t thoroughly understand. Brian Fallon was the master of this during his time as frontman of The Gaslight Anthem, but it’s something that has felt decidedly absent from his solo work until now.

If anything, Local Honey feels like some of his best songwriting to date. His lyrics are as honest and earnest as ever, but the record also sees him at his most mature and reflective. While much of his work from the Gaslight days was born of the flames of passion and living in the highs and lows of the moment, the understated Americana of Local Honey has far more scope to it. Here is a record that reflects on those days gone by, muses on the meaning of it all as we get older, and casts a weary eye towards the road ahead. Opening track ‘When You’re Ready’ plays as a piece of loving advice on life and love for his young daughter, ’21 Days’ draws parallels between beating addictions and saying goodbye after a break-up, while ‘I Don’t Mind (If I’m With You)’ reminds us that we can endure anything so long as we have someone we love standing by our side. The album’s highlight however remains ‘Vincent’, as it sees Brian pushing himself to write something different and draw inspiration from new places. A tale of abuse and retribution, it’s a character driven murder ballad worthy of Tom Waits or Nick Cave albeit still told in Brian’s own unique voice.

Musically there’s little trace of his old punk side. The loving and tender Americana found here is more of a room bathed in flickering candlelight than a night sky lit by fireworks. Instead the stripped back arrangements give plenty of room for his exemplary songwriting and heartfelt delivery to really shine. The soft guitar, thin veneers of airy synths and electronics, and the wonderfully expressive drum work (most notably on ‘Hard Feelings’) serve to provide a soothing backdrop. The short run time ensures the stripped back style never outstays its welcome, as well as filtering out all filler to leave a record that is a sheer delight from start to finish. As a songwriter Brian has aged like a fine wine with this release. Local Honey is an album that is full of life, just not the burning passion we are most used to. Rather the kind that basks in the small beauties and everyday miracles that pass most of us by, and takes the time to savour them before they fade.