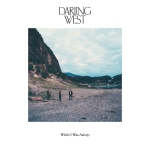 Darling West – While I Was Asleep

This latest release from Norwegian duo Darling West could practically be the textbook definition of charming. No matter what your tastes may be, While I Was Asleep is the kind of record anyone could embrace, like a flower longing for the summer sun. This album as a whole has such an exceptional command of melody that you can’t help but feel an affinity with it. They could sing the phone book and still have you mesmerised given sufficient steel guitar soundscapes and golden harmonies. ‘After My Time’ feels like the softer moments of Rumours, while ‘Rolling On’ has more in common with some traditional song, that you can envision having echoed over the mountains for generations. Album highlight ‘Loneliness’ sees lush instrumentation join the album’s most affecting vocal performance to create something truly special.

The record is a little top-heavy, with most highlights found in the first half, but as it also follows the golden rule of quality over quantity there’s next to no filler to be found. A mellow vibe permeates the whole record which helps it flow beautifully from song to song. It carries that all too rare universal appeal and its wistful atmosphere is a great place to dwell for a time. Sadly as immensely likeable as this record is, it doesn’t strike me as memorable; you could spend all day under its spell and still not pick out any striking points of interest that demanded your full attention. It might not ever make it to a list of your favourite albums, but it is one you will likely keep coming back to. As a source of contentment, as a chilled out soundtrack of your day-to-day life, it is second to none.

@thefinesthourmusic at Cafe Indie #livemusic #gigphotography #supportlivemusic #cafeindie #thefinesthour
Shades of Red #livemusic #cafeindie #indiemusic #supportlivemusic #gigphotography #shadesofred
An actual real life gig! Thought I'd never see the day! It's wonderful to have live music back after being cooped up so long, and who better to help us back into the swing of things than our friends @fidelityfreakband #livemusic #band #cafeindie #concertphotography #fidelityfreak #supportlivemusic #backtonormal
First live music in what feels like forever! A lovely acoustic set by the wonderful @_imogenhart ✨ all cosy and socially distanced at our favourite haunt @cafe_indie Fingers crossed it's the first of many gigs as things slowly get back to normal!
Fifty years old and still just as poignant and relevant as ever #marvingaye #whatsgoingon #vinyl
💉✅
Loading Comments...
%d bloggers like this: