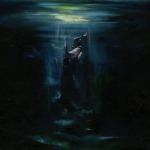 Blanket – How To Let Go

When listening to this debut from Blackpool band Blanket, I’m compelled to say something that I think I’ve only said a handful of times in my life: I wish this album was solely instrumental. Don’t for a second see that as derision of the vocals, more as admiration for musicianship at work here. When great instrumental music is done right it is not just a song that’s missing vocals, it’s a full song on its own. Everything is in perfect balance and adding singing into the mix can be enough to tip the scales too far and prove to be more of a distraction than a worthy addition. This album doesn’t always tick all the boxes with its instrumental passages, some sections feel a tad repetitive and there are a few electronic elements that seem out of place, but when they get it right Blanket are simply spellbinding.

How To Let Go‘s first three tracks are the strongest opening to an album you will hear this year. The title track opens with heartfelt maudlin piano before launching into a cathartic climax, ‘The Devil Holds Fast Your Eyelids’ boasts some soaring alt rock riffs, while ‘Our Tired Hearts’ offers an elegant ambient atmosphere with a heavenly crescendo. Looking beyond the first three tracks you’ll also find another stellar offering in the form of ‘Beacons’, with its frenetic drum fills and bass tones reminiscent of Geddy Lee from Rush. At its best, How To Let Go is as immersive and all-encompassing as its cover art suggests. The cinematic soundscapes found here are truly something to behold. The album as a whole may be a bit hit and miss, but when Blanket get it right they make the kind of music that other bands should aspire to equal.