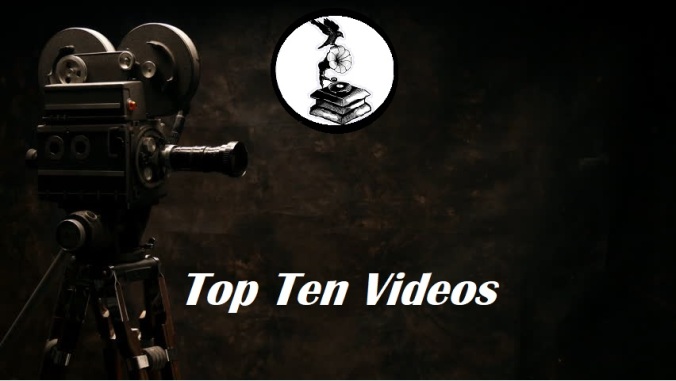 While 2018 has been a very inconsistent year as a whole, it has really delivered when it comes to music videos. There have been some incredibly inventive and entertaining visuals over the past twelve months, and here’s my pick of the best of the best.

Who hasn’t dreamt of being a giant monster rampaging through a city… just me? Okay then. Regardless, it’s a great concept. I like the detail they built into their makeshift city, as well as the rich orange colour palette.

This one is a bit harder to pin down. The cinematography, the glitchy sketch effects, the interesting setting of the abandoned building. Each element is interesting enough on its own, but together they create a video greater than the sum of its parts.

Such a charming animation. Great use of complimentary colours and I thought the use of reflections was simply stunning. Much like the ending, it just adds a much needed dash of colour into your life.

A fantastic way to represent the meaning behind both the song, and the album as a whole. Depicting forgotten memories as a collection of childhood treasures that all get lost and mislaid along the way, until eventually there’s nothing left.

God, I never thought The 1975 would one day do something worthy of an end of year list… yet here we are! Not only is it easily one of their best songs, but the video looks like something right out of a Wes Anderson film. It’s wonderfully endearing, and you can’t help but rewatch it and pick up on the little details you missed.

The art style is nothing short of spellbinding.  Much like the song itself, the adventures of this little fox holds such a sense of magic and wonder about it. From the frozen forest, to the golden sunset, to the dreary cityscape, it never fails to create a scene that feels believable and makes you wish you could just hop right in to the frame.

This channel-hopping extravaganza must have been so much fun to shoot. It’s so delightfully ridiculous, yet manages to tie in with the song in some really witty and creative ways. I’ve not seen a band pull off something so shamelessly daft this well in a long time.

3. Childish Gambino – This Is America

I couldn’t talk about the best visuals of the year without giving this a mention. Okay, so the song itself is bloody awful, it’s a major step down from his last album, but there’s no denying that the video is one of the most culturally important works of the decade. It’s going to be referenced and analysed for years to come.

It takes a leaf out of OK Go’s book: take a simple idea and give it everything you’ve got, come at it from every angle. The idea is Orla’s face and a shit-load of paper, and the end result is some great stop motion work and intriguing illusions. It’s got to be one of the most imaginative and unique videos I’ve seen. It’s certainly crazy, but in the best possible sense.

This is a whole other kind of crazy. Here we have Hitchcock’s Rear Window injected with an inky black brew of Lovecraftian horror. Even at the beginning it’s enough to make your skin crawl, but as it progresses and becomes more and more unhinged and horrifying, but you just can’t bring yourself to look away. Thoroughly unnerving and utterly unforgettable, it’s really something to behold… though perhaps not for the faint of heart.