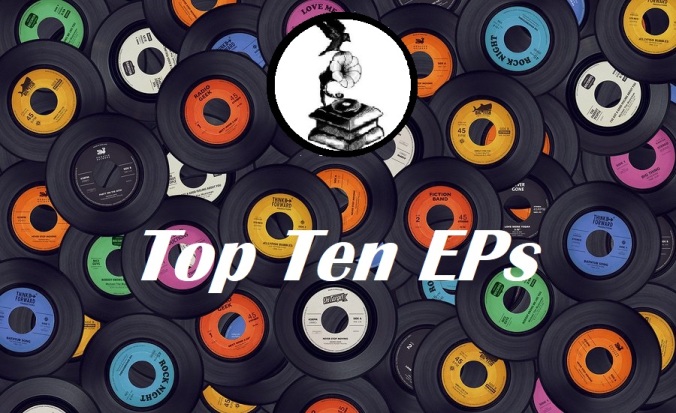 Every year when list season comes around it’s always the EP list that proves to be the most difficult. It’s a hotly contested category, with plenty of worthy releases in contention for a place in the top ten, and 2019 was no exception. After much deliberation however, we have our winners!

A late addition to the list that makes for perfect winter listening. As if releasing a stellar new album this year wasn’t enough, Bear’s Den also released an EP of songs that hark back to their earlier folk stylings.

With his radio friendly vocals and his exemplary songwriting, this Welsh singer/songwriter is on to a winning formula. Listening to a collection of songs as strong as this makes you wonder why he isn’t selling out venues up and down the country.

Combining funky grooves, light and airy indie riffs, a dash of soul, and even some fired up political lyricism, this quartet have offered up a rich and varied first release. There’s something for everyone here, and it sows the seeds for a promising future.

7. Liily – I Can Fool Anybody In This Town

Combining blistering alt rock riffs and a rock solid post punk rhythm section, these LA based rockers really set themselves apart as one to watch with their debut EP. It’s the perfect marriage between aggression and precision.

Few acts can combine strings and electronica, the classical and the modern, with such soothing elegance as La.nskey. Her most arresting release to date, this EP just washes over you like the softest of breezes on a summer’s day.

This YouTube sensation’s latest EP Human really lives up to its name. The songwriting is deeply honest, vulnerable and comes straight from the heart. A great batch of folk pop tracks, with some lovable quirks and cool guest appearances to boot.

While I’m normally left unsatisfied by simple and sparse arrangements, they are a blessing when it comes to Margo Raats’ debut EP, as they let her gorgeous soulful vocals have plenty of time in the spotlight. It’s had plenty of spins from me on those more introspective nights.

With the kind of range and diversity that most full albums fail to accomplish, Ollie Trevers really knocked it out of the park with this one. With dashes of folk, soul and alt rock, and with Ollie’s vocals ranging from a delicate whisper in a lover’s ear to a passionate cry to the heavens, this release has so much to offer.

2. Hannah Grace – The Bed You Made

It was such a delight to get a new EP from Belwood favourite Hannah Grace this year. This collection of four soulful vignettes looking at romance and heartbreak really reinforced our belief that she is one of the brightest rising stars in the country. Her debut album is one of our most anticipated releases of 2020, and this EP will remain in heavy rotation until its release.

Every track on this EP just makes the world stand still, and tears down all the walls you’ve thrown up around yourself to speak to something deep within. Winnie’s astonishing vocals are enough to bring a tear to the eye of even the most stoic of souls. From Here is the rare kind of release that plays with your emotions by breaking you down, only to then piece you back together. It’s the most devastatingly beautiful release of the year, EP or otherwise.