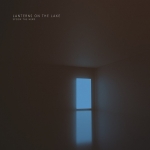 Lanterns On The Lake – Spook The Herd

Casting my mind back to 2015 I can’t quite recall how I first discovered Lanterns On The Lake, but I remember quite vividly the mark that Beings left on me. The atmosphere of that record stirred something within me and I took great pride in lauding it on the blog, which really was still in its infancy at that time. It’s been an album that I have often returned to since, and while it stills sounds the same as ever, every bit as potent, it’s one of the few things that has remained constant over the years. Things have taken a downward turn while the band have been on hiatus. The past five years may have seen this blog grow, but they have also seen the rise of the politics of hatred and division, an ever increasing sense of “us and them”, a growth in our reliance on social media, and the planet itself brought to the precipice of disaster.

All of this change, this slow crumbling of society and sanity, informs the band’s latest effort Spook The Herd. While Hazel Wilde has always had a knack for writing stunning one liners and songs steeped with meaningful subtext, this record sees her at lyrical peak. Direct and purposeful, she pulls no punches when it comes to addressing the issues. Calling out our polarised society on ‘Baddies’ right from the first line with “oh look, here come the baddies, on a wave of hate”, tackling the impersonal trappings of modern life on ‘Blue Screen Beams’ with “that scrolling screen is all you seem willing to hold on to”, and shining a light on the climate crisis on album highlight ‘Before They Excavate’.

The latter has a striking line that perhaps best sums up the themes of the record: “The waters are rising, our leaders are unhinged, Let’s break out the good stuff and toast to the end”. It’s not an album that gets angry or despairs at the state of the world, instead it’s more like a bittersweet voice breaking the fourth wall to say, half-joking half-serious, “hey, how did we get here?”. It’s a record that almost welcomes everything collapsing in the hope that something better can rise from the rubble. That said, the album doesn’t dwell solely on the bigger picture. Tracks like ‘Every Atom’ and ‘Secrets & Medicine’ offer lyricism every bit as adept, albeit turned towards more personal affairs of the heart.

While this release definitely feels like it takes a big step forward lyrically, musically it is a much more subdued album. While Beings was the uneasy calm before the storm with the odd rumble of thunder shaking things up, Spook The Herd is the eye of the storm, a space of unnatural quiet safe from the swirling tempest beyond. Instead of a soundscape akin to a forest wreathed in mist, one that builds an atmosphere to make the hairs on the back of your neck stand up, this new release instead feels like walking alone across an empty plain.

It’s an album made for introspection. The musicianship is still top notch, the band do a great job of setting a mood and the drums are wonderfully expressive, particularly on ‘Swimming Lessons’, but as a whole it’s a notably muted affair. This means it doesn’t grab you quite the same, it’s an album that benefits from having time to grow on you. The tracks don’t have as much individual character and the album is better served by being enjoyed as a whole. While I don’t think Spook The Herd is the kind of record I would carry with me in quite the same way as its predecessor, it is certainly one that I will find sanctuary in whenever the world gets a bit too mad and I need a moment of quiet and a voice of reason.